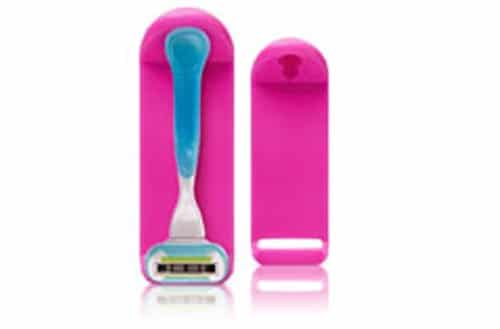 Time to tune up your razor blade, time for the RazorPit. RazorPit uses a unique and patented friction technology to clean and sharpen your razor blades. After every shave microscopic residue, like skin cells, water, and keratin is left on the blades. That causes them to feel dull. RazorPit uses a patented friction technology to clean off the residue and thereby leaving you with a clean and sharp razor blade. We have customers saving up to 90% on razor blades – But the average saving is around 60% a year. RazorPit makes expensive razor cartridge refills and dull-bladed shaving a thing of the past. More than 600 million men use razor blades and throw billions of razor blades in the trash every year. But there is nothing wrong with the blades. They simply have to be cleaned. With RazorPit, you can prolong the lifespan of the razor blades considerably and help the environment.